Sales of new homes in the U.S. unexpectedly advanced for a fourth month in August to the highest level in almost 14 years as record-low mortgage rates continued to entice buyers into a market with ever-shrinking supply.

Purchases of new single-family houses increased 4.8% to a 1 million annualized pace, led by a flurry of demand in the South, after an upwardly revised 14.7% surge in July, government data showed Thursday. The median selling price decreased from a year earlier to $312,800 and the number of homes for sale dropped to an almost three-year low. Economists expected an 890,000 pace, according to the median estimate in a Bloomberg survey.

The data are the latest to highlight momentum in the housing market, driven by low borrowing costs and a desire for new property during a pandemic that’s led to many more Americans to work from home. At the same time, it’s difficult to gauge how long such robust demand will last, given the scale of layoffs and the potential for future job cuts without a federal fiscal aid package.

The annual rate of sales in the last four months has increased more than 77%, the most for a comparable period since 1980.

Sales rose in two of four regions led by the South — the largest region — where purchases surged 13.4% to the highest level since 2005. Demand also increased in the Northeast.

The supply of new homes continued to fall. At the current sales pace, it would take 3.3 months to exhaust the supply, the shortest time frame in records to 1963.

The 4.3% decline in the median selling price from a year ago reflected the composition of homes sold. Some 34,000 properties priced from $200,000 to almost $300,000 were sold, the most in records back to 2002. Meanwhile, fewer properties in the higher end changed hands.

It’s the same picture for backlogs: the number of properties sold for which construction hadn’t yet started jumped to 342,000 in August, also the highest since 2006 and a sign builders will be busy for months to come.

Buyers are opting for new homes as fewer homeowners seek to sell their own properties. Mortgage rates are set to remain at historically low levels amid stimulative Federal Reserve monetary policy aimed at shoring up economic activity.

Other figures corroborate the high demand for real estate. Existing home sales strengthened in August to the highest pace since the end of 2006, following a record jump in July. Homebuilder optimism is also at an all-time high, reflecting strong current sales, the demand outlook and increased prospective buyer foot traffic.

The new-home sales report, released jointly by the Census Bureau and Department of Housing and Urban Development, tends to be volatile: it showed 90% confidence that the change in sales last month ranged from a 5.7% decline to a 15.3% increase. 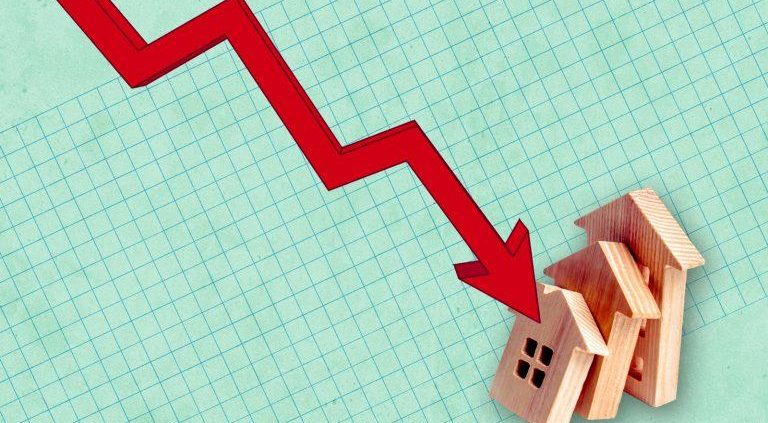 The number of single-family homes on the market hit historic lows in July, driving prices up (iStock)

The coronavirus pandemic has exacerbated the severe housing supply shortage in the U.S., with the number of homes on the market reaching historic lows.

At the end of July, the National Association of Realtors found that there were 1.3 million single-family homes on the market, the lowest figure for any July since 1982, the Wall Street Journal reported. And in the week ending Sept. 12, the number of available homes was down 29.4 percent from the same time last year, according to Zillow Group.

The shortage has led housing prices to spike: In July, the median price for existing homes jumped past $300,000, an 8.5 percent increase from a year ago, according to NAR. That’s a hindrance for buyers who were lured to the market by lower interest rates, but may be put off by higher prices.

The post-pandemic shortage is a case of supply and demand: There are more buyers looking for homes, and fewer sellers listing them. The high demand for contractors, painters and other home-improvement workers has led to delays in getting homes ready to sell, said Beth Traverso, managing broker at Re/Max Northwest Realtors. Once homes list in her Seattle suburbs market, they find buyers quickly, she told the Journal.

But the lack of homes for resale has led to increased demand for new-build homes. Single-family housing starts were up 4.1 percent in August, according to the Commerce Department. [WSJ] — Akiko Matsuda